Where leadership can lead us.

He also breathes life into revolutionary management approaches in his own company. In his mind, one thing is clear: companies are most successful when they support their own employees‘ entrepreneurship.

At your company, employees elect their own managers. Whose idea was that?

That came about when my successor was selected. We presented our employees the reasons for this change in management and let them vote on it. Soon thereafter, the first managers spoke up and said they wanted to be nominated. They saw advantages to this approach, and
the team confirmed it. This led to our annual managers‘ election, which also creates an occasion for everyone involved to think about their own role and expectations.

But in a system like yours, aren‘t personal likes and dislikes an obstacle?

It goes without saying that when someone casts a vote against a particular candidate, it feels like rejection. What matters, though, is that the team ultimately has to welcome the person with open arms. If you look at it another way, employees actually vote every day. If people don’t have confidence in someone’s management abilities, they will make decisions based on what they think is right. Or they will vote with their feet, as it were, and go find a job elsewhere.

That is a major contrast to the traditional career paths that managers take. When you take your approach, how does that affect a career trajectory at your company?

We have gotten rid of the traditional hierarchy with its chimney-shaped structure, and instead the career trajectory here is more of a spiral. Former managers who serve on the executive team go back to their old positions with more maturity and experience, or they return to a higher position. Or perhaps they realize that they want to pursue a path outside the management track.

From your perspective, what do people need to have if they want to be good managers?

Regardless of what job you have, the first thing needs to be an active decision that you want to assume management responsibility. Once that decision has been made, you will see different styles develop: one kind of person makes decisions on their own but explains and communicates them. Another person starts by gathering input from the employees and then uses all the data to make a decision. A third might moderate the decision-making process all the way until a solution has been found. No matter what their style, however, managers should not delegate
unpleasant decisions. Sometimes you see someone who claims to apply a “modern management style” and using that as an excuse to leave the task of scheduling weekend shifts up to the employees, and that sort of thing only causes bad blood. 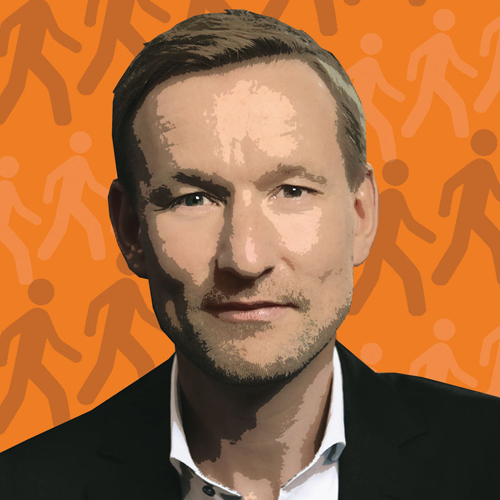 What matters, though, is that the team ultimately has to welcome the person with open arms.

Being promoted to a management position generally involves receiving a higher salary, no matter how well that person performs. Is this still the right approach?

If you think about it, the model you describe makes no sense at all. Regardless of their contribution to corporate performance as a whole, people earn more simply because they have a management position. And this lures people into management jobs even though they aren‘t really suited for them or might not otherwise be interested in them. I imagine this system will gradually shift in favor of a more performance-oriented payment system. It is strange that we have misgivings about more customized remuneration in standard employee contracts, but we think nothing of it whatsoever among small-scale entrepreneurs like bakers or taxi drivers.

Can this new kind of management and hierarchical culture succeed in classic manufacturing companies as well?
If you take a look at many mid-sized companies, you will find this kind of structure in some places, albeit on an informal basis. A good boss has a nose for which way the wind is blowing and then selects team leaders correspondingly. Things become more problematic when less talented successors take the wheel. So that’s why it makes sense to formalize these systems and make them binding. The same goes for innovation: employees who have a good rapport with the upper ranks tend to get ahead while others can’t make headway. There’s something we shouldn‘t lose sight of in general, though. And that is the fact that even though agile structures are now most commonly associated with the software industry, they actually have their roots in Lean management and a classic manufacturing company: Toyota. New technological opportunities also open doors for manufacturers to become much more flexible and agile.