As of now, the automotive future will be dominated by electric cars. Where is the Chinese automotive industry positioned on this path?

The Chinese automotive industry is leading the way in terms of emobility. The number of manufacturers that focus solely on electric cars has multiplied in recent years. This is reflected in both production and sales figures. By 2021, China is expected to produce nearly 8 million electric vehicles. In Germany, by contrast, only 2.5 million vehicles are expected to be produced in the same period. In addition, China recorded a 230% increase in electric car sales from 2016 to 2017.

What do Chinese car buyers expect from an electric car? Do you see differences to the demands of German or American customers?

Modern Chinese vehicle owners expect their cars to do more than just get them from A to B. Vehicles must merge into customers’ digital lifestyle and also enhance it. Electric cars equipped with the latest technology, such as artificial intelligence in the form of personal virtual assistants like NIO’s NOMI, and a broad immediate offering of comprehensive digital services are crucial for Chinese car buyers.
At NIO, we observe a central difference between Chinese and German car enthusiasts: German car buyers often only see what is missing in cars with new drive technologies compared to those with internal combustion engines as they fear their mobility will be restricted. Chinese vehicle owners, on the other hand, are curious about what cars have to offer and how they will facilitate mobility. The challenge is therefore to continue to educate and dispel fears and reservations of German car buyers regarding electric cars, while also continuously offering Chinese car buyers exciting and impressive innovations.

How does the Chinese government support e-mobility? Are the framework conditions in China better than in Germany, for example?

Electric mobility is high on the agenda of the Chinese government. China feels the urge to move towards zero-emission driving due to the significant environmental pollution caused by traffic in major Chinese cities. This is why the Chinese government has launched several measures to promote electric cars. In 2018, 60,000 of the 100,000 new vehicle registrations in Beijing were for electric and hybrid vehicles. It is generally much easier to register a “new energy vehicle,” i.e. an electric or hybrid vehicle, in large Chinese cities than a vehicle with a combustion engine. Since 2019, manufacturers that produce more than 30,000 vehicles with internal combustion engines in China are required to equip 10% of the vehicles with an alternative drive system. Thanks to the strong push for e-mobility, China has now developed into a future market for vehicle manufacturers. As a result of the measures taken by the government, the framework conditions for e-mobility are currently better in China than in Germany, for example. However, rethinking of policies towards low-emission technologies in road traffic is also beginning to emerge in Germany. The Chinese central government has also announced an extension of subsidies for electric cars, two aspects of which are quite interesting: Apparently, some regions will now offer a scrapping premium of sorts, and secondly, used electric cars will be given strong tax incentives. This will certainly have a positive impact on the market.

Does it help that China does not have such a long tradition in automobile manufacturing, as for example Germany, where people sometimes struggle to move past their technological heritage?

Chinese manufacturers lack the longstanding tradition in vehicle construction and thus the experience that German vehicle manufacturers, for example, have. However, they can make up for this with their innovative strength and a new, unbiased approach. This enables them to react quickly and adequately to the new challenges on the automotive market. Especially at NIO, we can draw on the traditional expertise of our talented colleagues at different locations, while utilizing our start-up mentality to help us rethink the concept of a car. In doing so, we do not see the car as the only decisive factor. We also want our services to offer customers much more than what many traditional automobile manufacturers have so far. Our aim is to provide our customers with more than just a vehicle – but rather a new, comprehensive form of mobility.

And finally: How do you see the future of private transport? Will the car – regardless of which drive – as we know it today still exist in 15 years?

Of course, other forms of mobility will grow, but we are convinced that private transport will continue to exist – especially in the premium segment. As a product, cars will have to continuously adapt to the demands and requirements of customers. At NIO, we predict that vehicles will become digital companions in the future. Equipped with artificial intelligence, vehicles will be able to interact better with both passengers and the outside world. Cars will enable safe and anticipatory travel, and the driving experience itself will once again return to the spotlight. 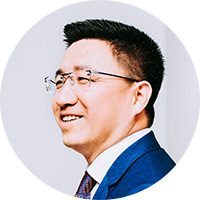 At NIO, we observe a central difference between Chinese and German car enthusiasts.